Although our foundation is biblical, and we encourage a biblical perspective and approach to home education, we offer our services to all who wish to home educate.  Our purpose is to recognize the authority and responsibility of parents, and to enable, equip, and encourage them in the training of their children at home.

We enable parents to home educate by helping them understand the requirements of provincial regulations and their own rights as home educators, while at the same time greatly simplifying the required paperwork for registration and funding.

We equip parents by providing them with the knowledge and tools we have gained through our experience and expertise in education with the objective of helping parents to lead their children to responsible adulthood.

We encourage parental authority in home educating by establishing the foundational principles for educating children within the family created by God, and by reminding parents that these principles do not change with time.

We believe in keeping things simple, and freeing parents to simply be parents.

We have a vision and a heart for family and traditional home education. Our founders and staff are leaders whose long time contributions to home education are helping families in Alberta and beyond! 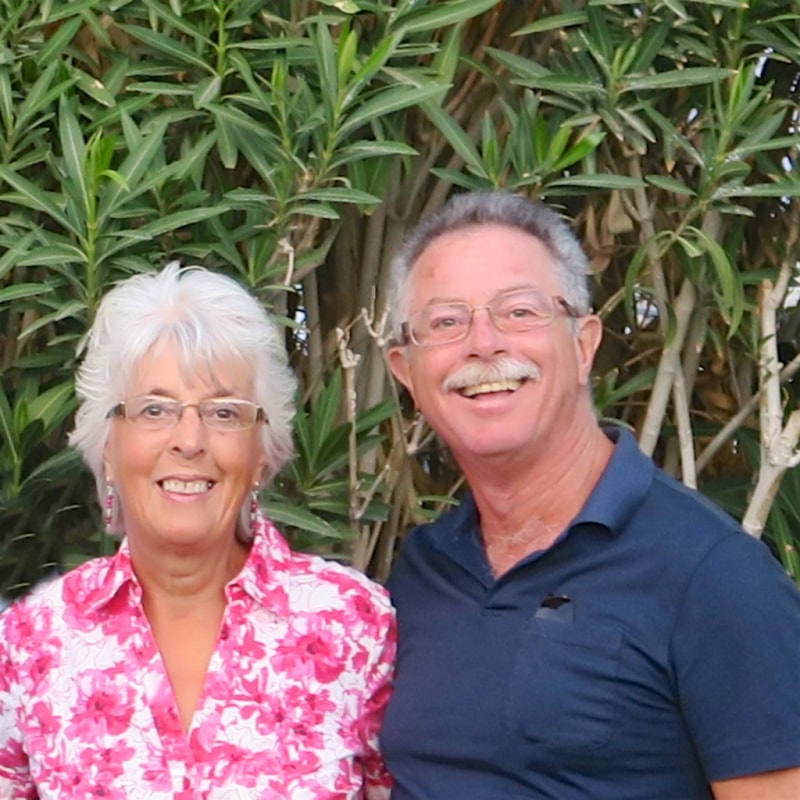 Léo and Faye are among Alberta's pioneer home educators!  Léo is a professional educator with over 40 years of experience, 25 of which were spent in the classroom mostly at a high school level.  Léo is also our director and principal facilitator.  Faye is an experienced home educating mom (and now grandma), the office administrator, as well as a trained teacher.  Léo and Faye not only educated their children at home but are now mentoring them as they home educate their own children.

Léo has experience and vision that make him stand out among home education leaders. He has spoken on home education in most Canadian provinces as well as in the United States. He is a pioneer in advocating for the admission of home educated students into post-secondary institutions across the country, and has conducted the most detailed research studies on this issue in Canada. His decades of experience and extensive research have left him firmly convinced that a home education provided by loving parents is the best education any child could possibly receive.

Léo & Faye consider it a privilege to minister to those who have a sincere desire to honour God as they "train their children in the way that they should go”. 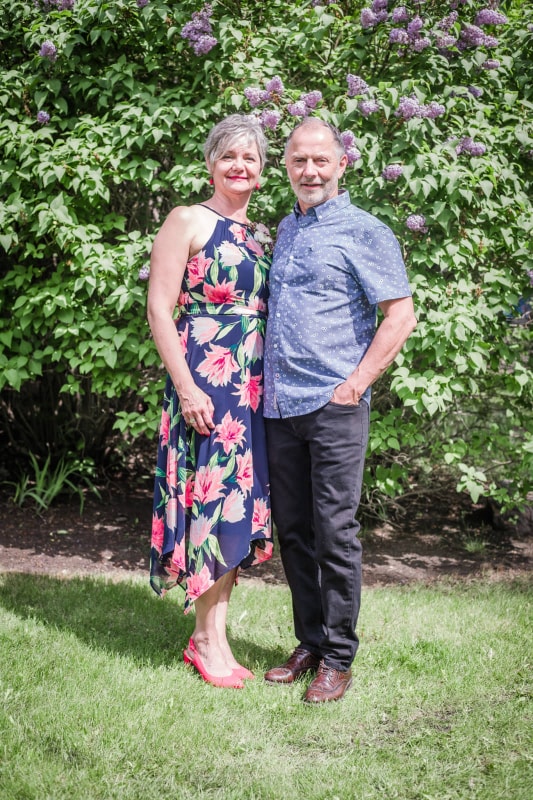 Gene and Ila have been married for 32 years. On an acreage near Carstairs, they raised four children, Brenna, Abra, Jared and Mae and many farm critters. Gene and Ila have home educated their family from the beginning with a traditional, unschooled philosophy, seeking to raise Godly children. All 4 of their children have entered post-secondary without high school accreditation or a diploma. With a heart for marriage and family, realizing it to be the foundation of all, they encourage and inspire parents to run the race toward the goal of seeing God's work completed in their children. 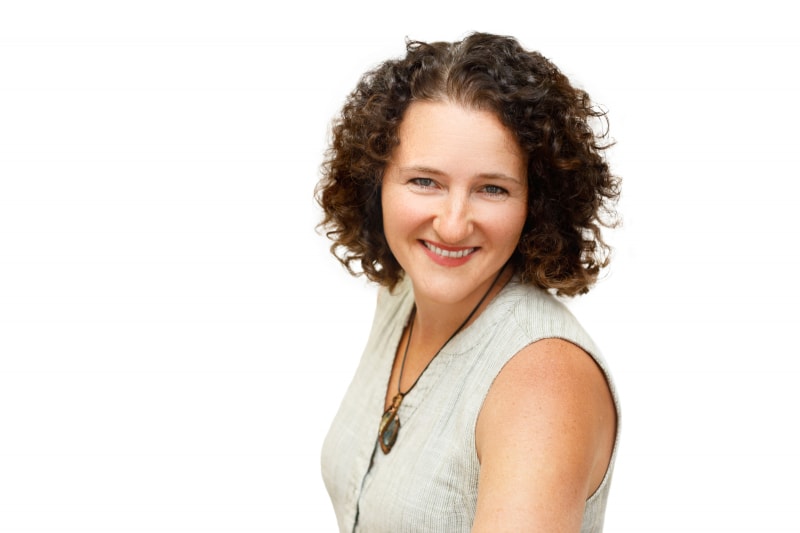 Nadia was born and raised in Moscow, Russia where she graduated with a Masters in Education, Honours Diploma, in 1997, with minors in psychology and visual arts. Nadia worked in Russia, Israel and the United States before settling in Edmonton, Canada in 2001 and has been facilitating in Alberta since 2010.

Nadia is passionate about providing parents with information and tools that support students in getting the most out of their home education experience, while emphasizing family values and life style.  Her desire is to serve her families in a way that she would have appreciated when starting on her own home education journey.  She sees the role of the facilitator as one of supporting and encouraging the family, as well as helping to identify the strengths and weaknesses within a program.  Nadia works hard on creating and maintaining a community by organizing social events and field trips, and being active in various parent support groups in Edmonton. 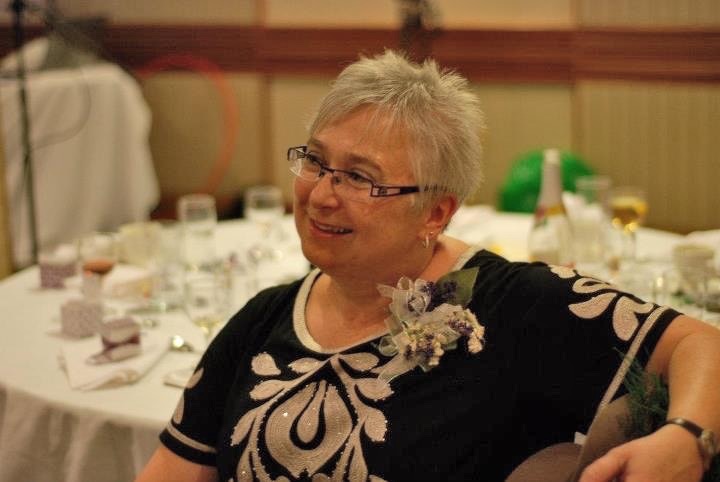 Crystal Terhorst is a mother of two, an educator, an entrepreneur and a pastor. She was born and raised in Westlock, Alberta in a Christian home with two brothers and one sister. After graduating from high school in 1975, Crystal went on to study education at University of Alberta in Edmonton, Alberta. Crystal secured a teaching position with the Westlock School Division and went on to marry her high school sweetheart, Don Terhorst. The couple settled in Morinville, Alberta and raised two children - Esther Kay and Dalton Bryce. Crystal went to Bible school and received her pastoral ordination in 2004. After a five year battle with cancer, Don Terhorst passed away in 2006.

Crystal now pastors in Morinville Alberta. She has been working with home educators for over a decade. She is an adventurous woman who likes to think outside the box and connect with all kinds of people. 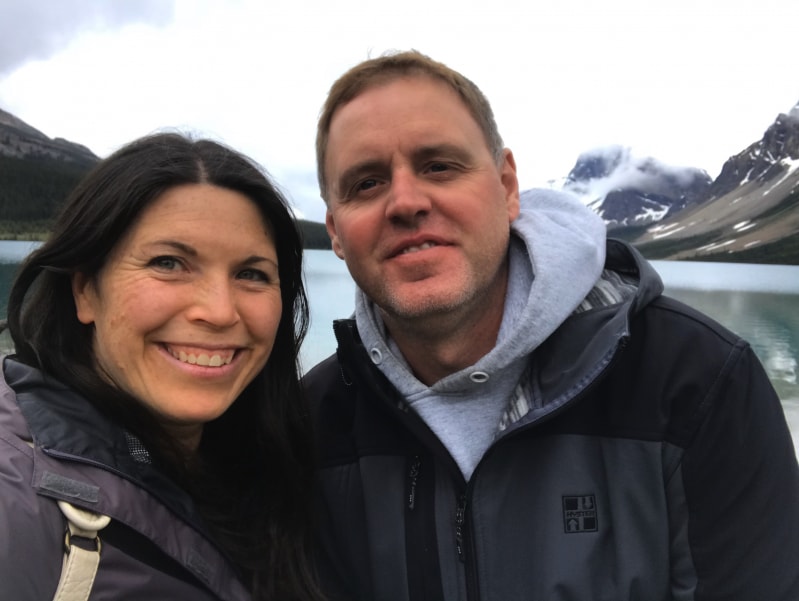 Tamara Westran was raised a rural Saskatchewan girl. Due to her nurturing spirit and love of children she felt drawn to becoming a teacher. At the age of 21 she acquired her Teaching Diploma and proceeded to teach elementary and special needs students within various school settings. After becoming married and having children of her own, Tamara decided to stay at home permanently. Tamara then embarked on the journey of home education and embraced the full responsibility of training her 3 children from start to finish.

Tamara has been blessed by being in partnership with Education Unlimited since 2004. Tamara is a fellow sojourner and is well acquainted with home education. She has a heart for children, family well-being and the brokenhearted. Many families have commented on her warm and caring presence that helps them feel safe to open up and put their concerns into words. She will listen to understand your needs and aid you in ways that are in alignment with your goals and desires.

Gary was born and raised in Mountain View County in central Alberta. His family was actively involved in the Bible College that was located in Didsbury. Gary completed his Bachelor of Religious Education with a Christian Education major and went on to complete his Bachelor of Education as well, with a major in Industrial Arts.

Beth grew up in a family of 6 in a suburb of Cleveland, Ohio. As a teen she felt led to attend Bible College, which brought her to Didsbury. Beth graduated from college with a diploma in Bible. Gary and Beth were married and began their family in Didsbury.

Following post-secondary training, Gary taught for a while in the area of special needs and occupational programming, but he felt a desire to be more involved where he could present the truths of God's Word. During this time Beth ran a homeschool book store, was president of a local homeschool support group, home educated their four daughters, as well as worked alongside Gary in ministry. Together Gary and Beth have been active in the homeschool community for over 18 years. For 7 years they also enjoyed working with AHEA to provide the children's program during the conference. 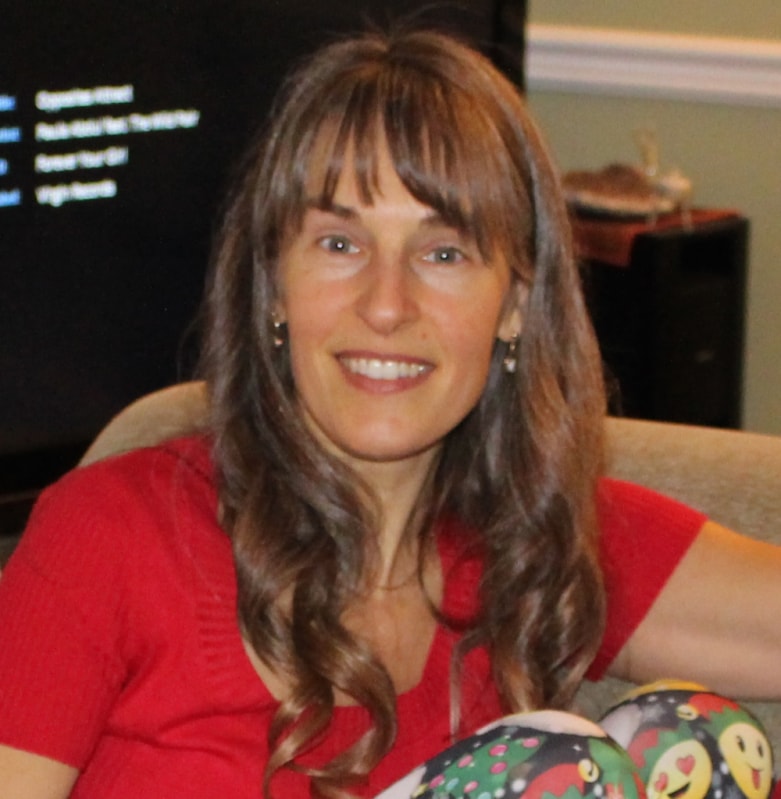 Nicolette’s professional life began with teaching various subjects in the French Immersion program at the Junior High level. Ten years of public education left her disillusioned so she quit the system and created the Indigo Sudbury Campus, a democratic, unschooling centre modelled on the old Sudbury Valley School. After six and a half successful years, a move and resulting drop in enrolment forced ISC to close. However, the relationship that developed between Nicolette and Education Unlimited to support ISC continued, which explains Nicolette’s current position as facilitator. 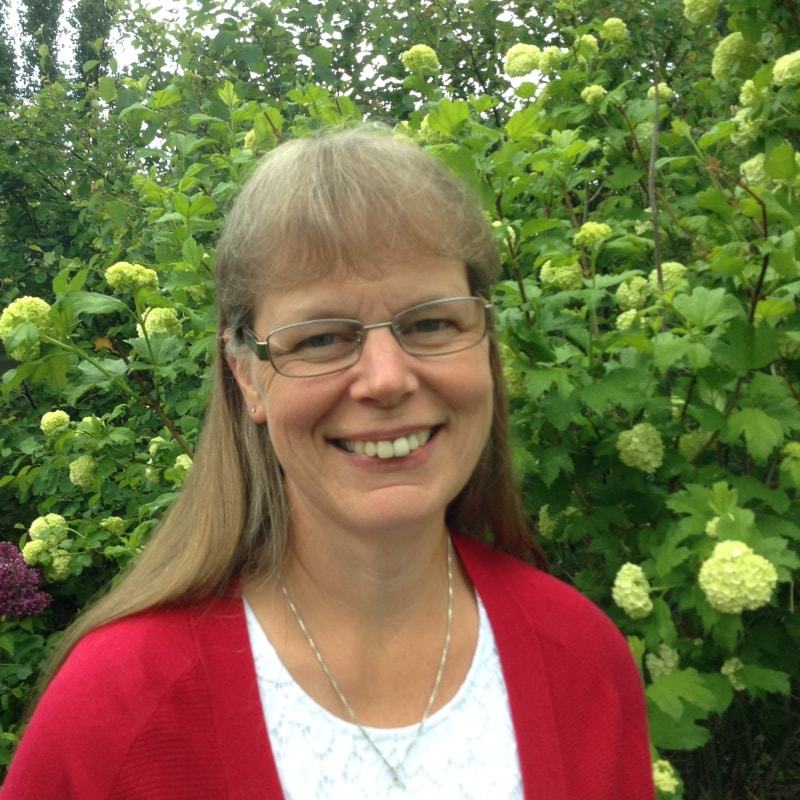 Sharon grew up in the Lower Mainland of British Columbia in a family of five children. Her husband, Brian, grew up on the Eastern side of Canada, in Ontario in a family of six children. Their parents raised them in the Christian faith, a faith in which they continue to grow.

After attending college Sharon received her teaching degree and taught four years in the Christian school system in Alberta. During those teaching years, she was married to Brian. The Lord blessed them with five children, born in the succeeding years, during which Sharon was happy to be a stay-at-home mom.

Brian started a cabinet-making business which he continues to successfully operate to this day. Together they were led to teach all their children at home, a journey for which they have been very thankful. Sharon has a desire to help home educated families and enjoys interacting with them. 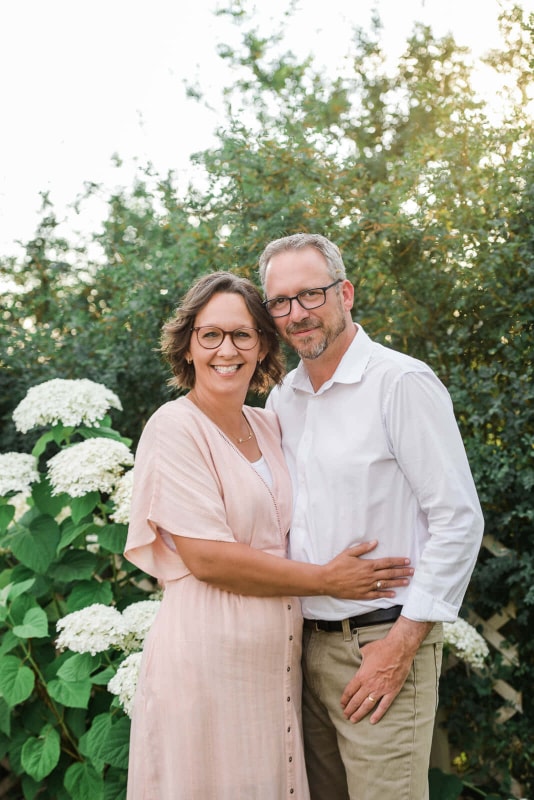 Marjon Rozendaal grew up in the Netherlands and after finishing college, she immigrated to Canada in 1995 to teach at a private Christian School. She taught there for a number of years, during which she met her husband Jeff. They have been blessed with 9 children, which they have been home educating since 2010.

They live in Southern Alberta where they feel called to minister to those families who are (considering) home educating and to encourage and support them on that journey. 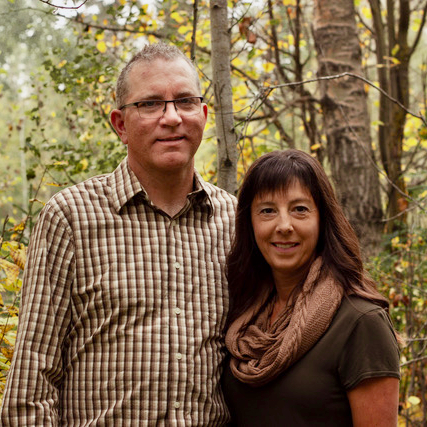 Adèle Hoflin is a home educating (and home educated!) mother of 4. She lives on a piece of paradise in central Alberta with her husband, children and an assortment of critters. Adèle has been blessed to be involved with Education Unlimited for many years and is very thankful for the opportunity to be able to work from home while helping families negotiate the funding portion of their home education journey. 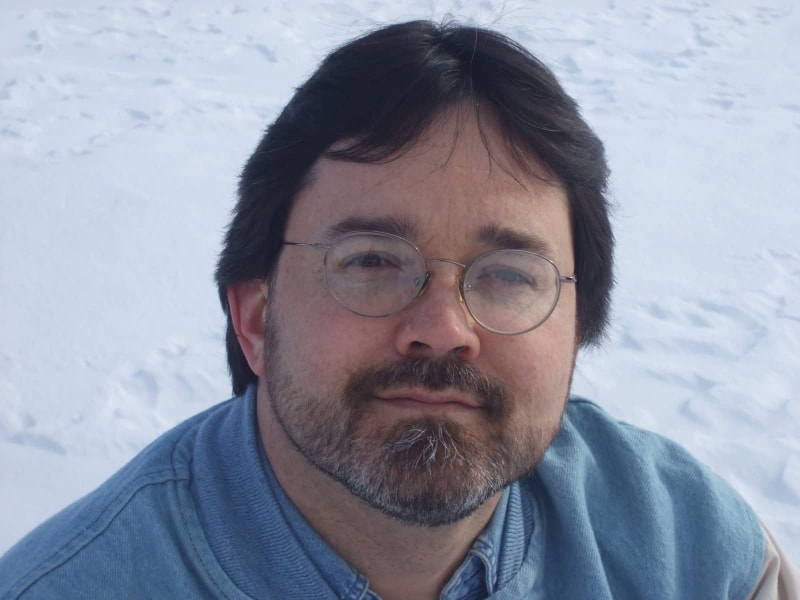 Michael Wagner and his wife Ivy have eleven children, and they have been home educating for over 25 years. Besides working for Education Unlimited, he is an independent researcher and writer, and an occasional columnist for the Western Standard. He has a PhD in political science from the University of Alberta.

Pam, and her husband Gordon, stumbled around for a place until they discovered a similar education mindset with Education Unlimited. Pam would read all that EU published and occasionally find typos or other errors. After a few such incidences, Pam was approached to be the “official” proofreader, in order to catch the mistakes before they actually hit the screen. She accepted, and the rest is history.